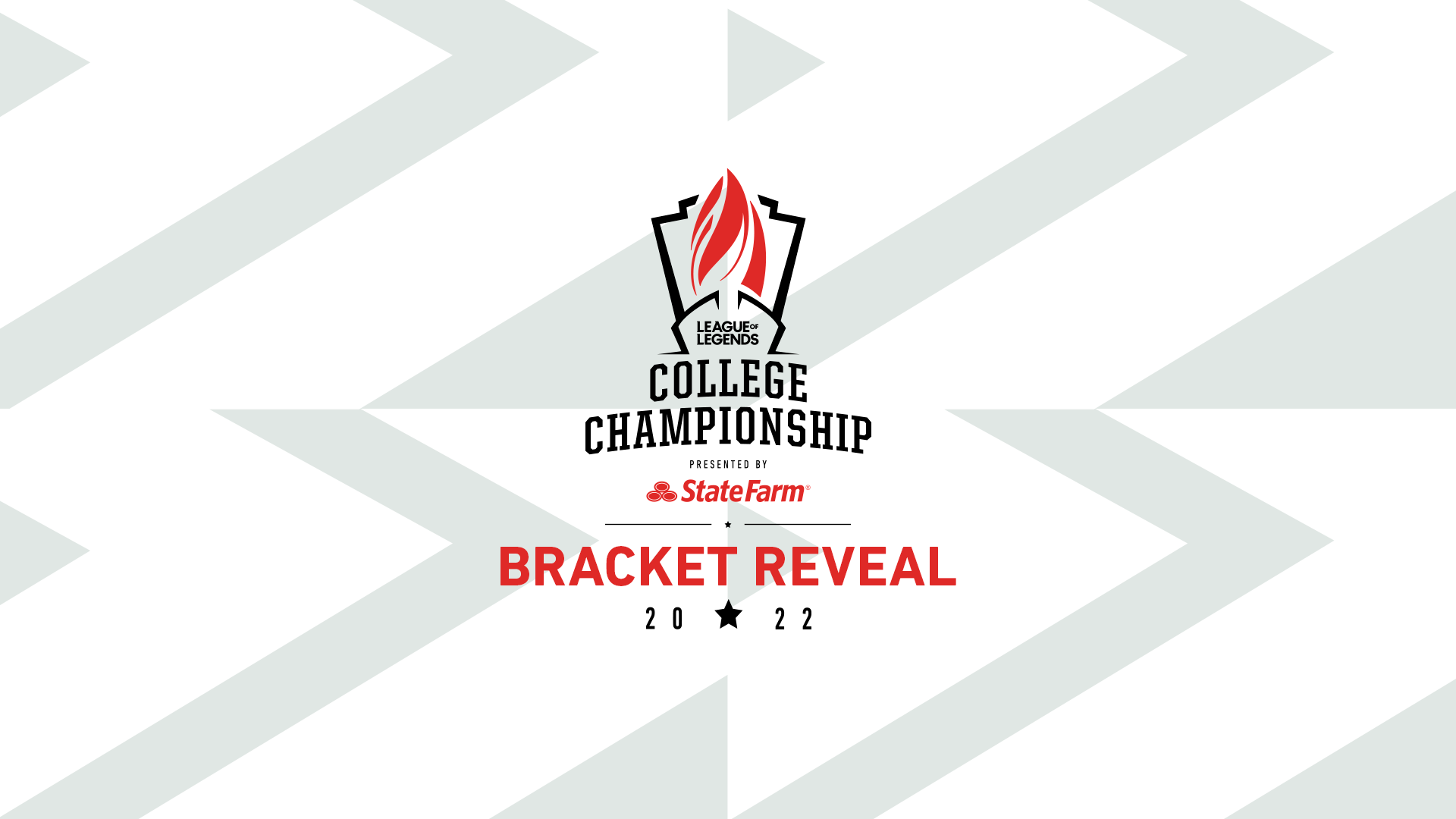 It’s here - the official bracket of the 2022 College League of Legends Championship. Find out the results of the Selection Committee, the schedule of matches, and each school’s path to the trophy. 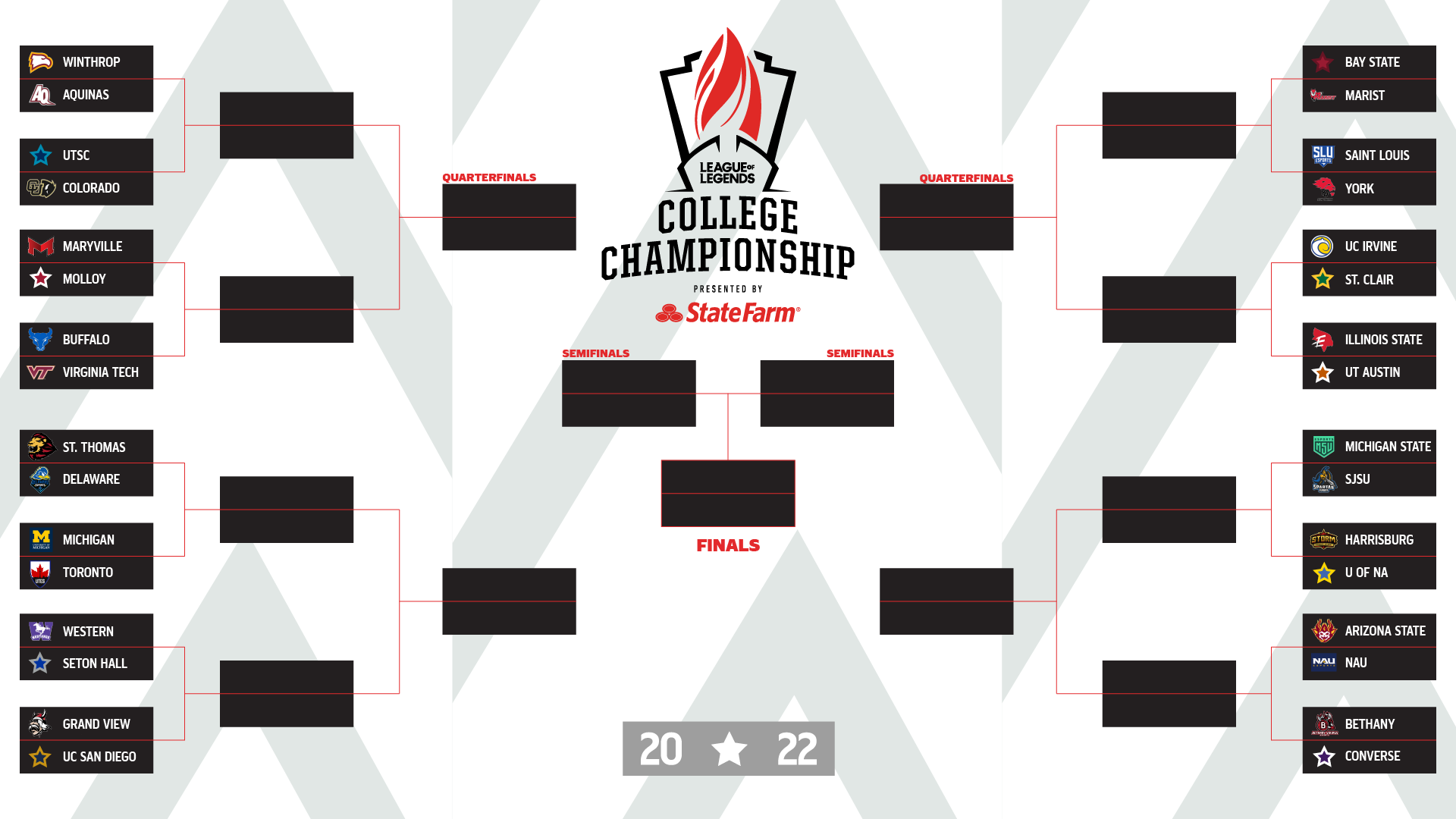 After four months of fierce competition and two weeks of Selection Committee debate, the 2022 North American College League of Legends Championship bracket is here! 32 schools are coming together to show us the best that College LoL has to offer. Read on to see the results of the selection process, how each team made it here, and more!

We are proud to partner with Unified Esports Association to broadcast every single match of the Round of 32 and 16. Fans of every championship school will be able to watch their team play live with full commentary and analysis. Be sure to follow them on Twitter to keep up with live coverage and match results as they happen.

The Round of 32 will be broadcast on the Academy, UnifiedLive, and Unified2 Twitch channels on April 23 and 24. To make things easier on student schedules and watch parties across NA, all start times are fixed, meaning that matches will start at scheduled times, even if the matches before them finish early.

The Round of 16 will be broadcast on the Academy and UnifiedLive channels on April 30 and May 1. Matches will start at 12pm PT / 3pm ET and 3pm PT / 6pm ET, with individual matches to be scheduled after the completion of the Round of 32. Check the championship bracket on Battlefy or on the RSAA news hub on Monday, April 25th for the official schedule to drop.

For the college LoL fans who want to flex their bracketology muscles, you can build your College Championship fantasy bracket by visiting the Championship Bracket page on Battlefy. The best brackets will earn RP prizing and community bragging rights.

These 26 teams automatically qualified for the College Championship based on their performance in their conference.

Please join us in congratulating the six schools selected to join the 26 auto-qualified schools in the College Championship.

The committee then voted on seeding group placement for all 32 schools.

To create the championship bracket, schools were randomly placed within the final championship bracket based on their group. For example, the Group A schools were randomly assigned a seed between 1 and 8, and will face a Group D school in the first round. The groups were redrawn as needed to ensure that no team would face a team from their own conference in the first two rounds.

For more information on the bracket creation, check out the Championship Rules.