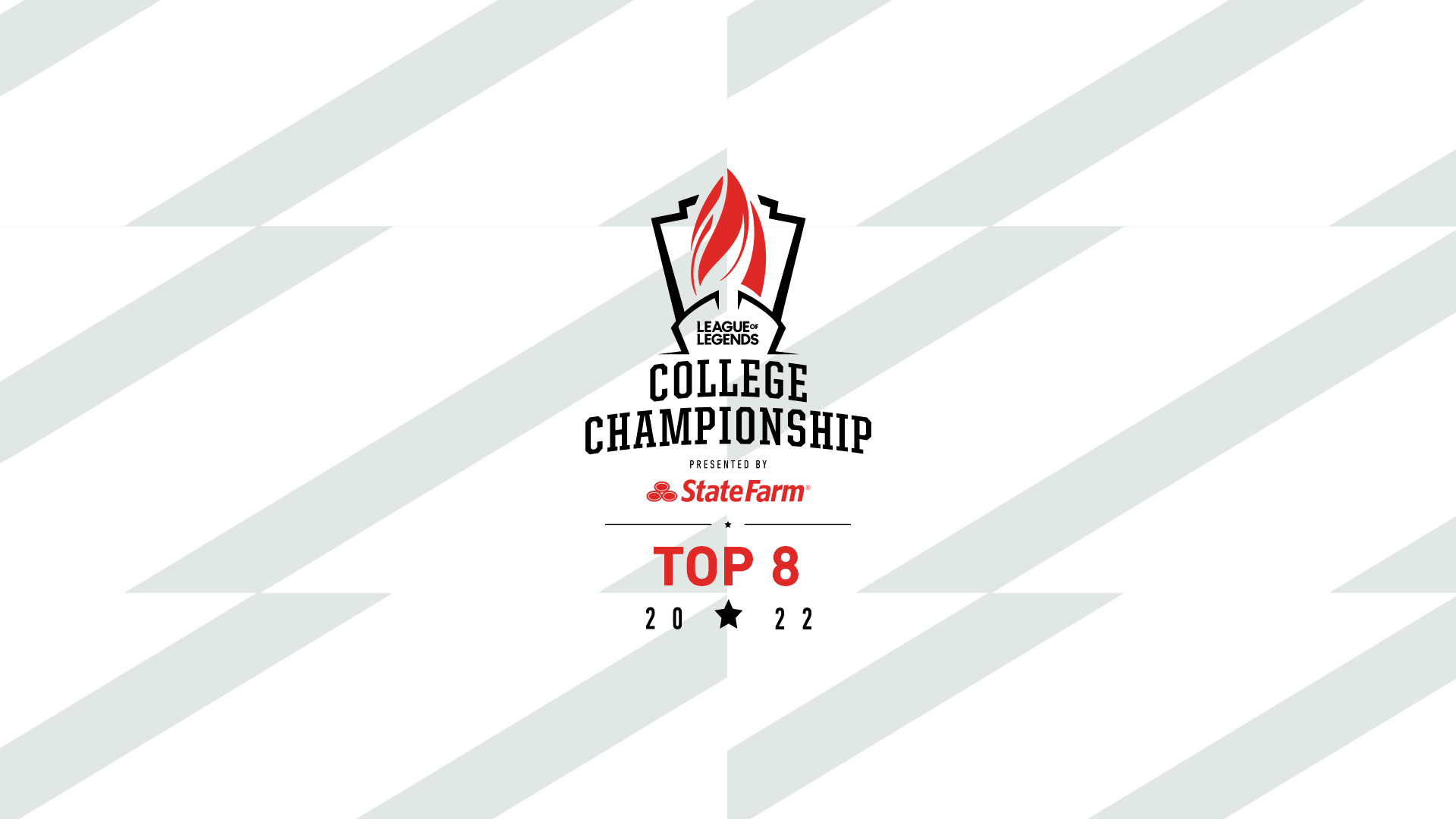 421 schools entered the 2022 College League of Legends Season, and eight remain. Learn how to watch the final four days of the College Championship.

421 schools entered the 2021 College League of Legends Season; only eight remain. Join us live on the LCS Twitch and Youtube channels on June 9-12 as these schools compete to be crowned the 2022 College LoL Champion. 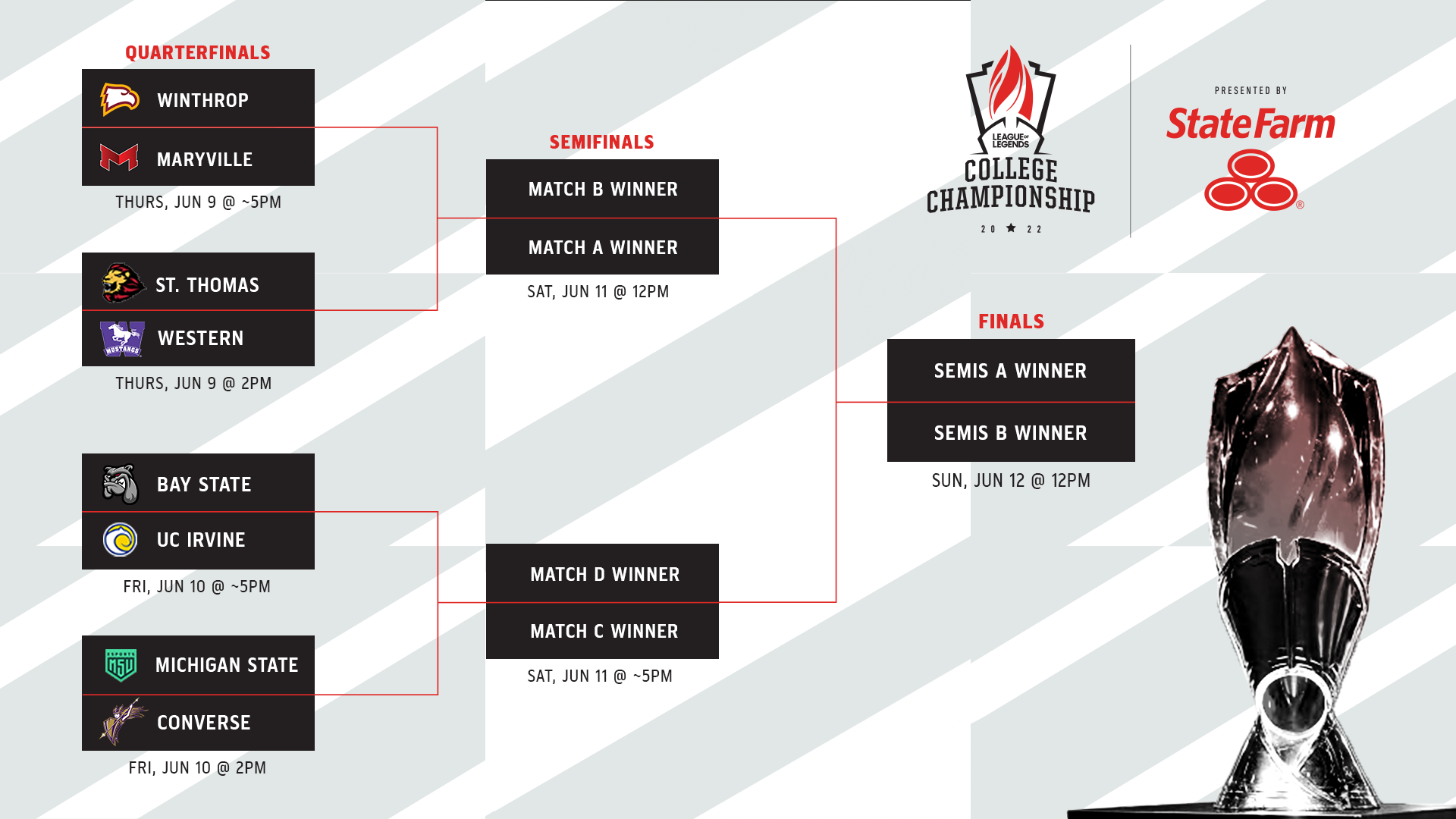 Starting at 2pm Pacific on the 9th, championship newcomers and South conference champions University of St. Thomas take on the East champions and top 8 veterans from Western University. Following that, we have a clash of titans, with defending CLOL champion Winthrop University taking on two-time champions Maryville University.

On the 10th at 2pm Pacific, Michigan State University hopes to keep their momentum against the Peach Belt champion Converse University, who are riding high off a double-comeback Round of 16 victory. Last, but certainly not least, 2018 champions UC Irvine take on NECC champions Bay State College.

The quarterfinals will be best-of-three, with the semifinals and finals being best-of-five, and will start at 12pm Pacific on Saturday and Sunday.

Keep up with the action on the championship hub on Battlefy, and follow the RSAA and LCS twitter accounts to keep up with match coverage and our upcoming on-air talent announcement!

We will share an announcement next week to confirm if we’re able to support ticket sales for a live audience for the top 8. While we’d love to have a crowd at the studio, our first priority is ensuring the health and safety of the teams, studio staff, and Rioter during the event. Stay tuned next week for more information.